The Cozy Compliance of the News Corp. Board

If you sat on the board of a company that was raked over the coals by a British parliamentary committee in a 121-page document, accused of a pattern of corporate misconduct that included widespread phone hacking and an ensuing cover-up by senior officials, you might want to pause for a moment and consider all the implications. 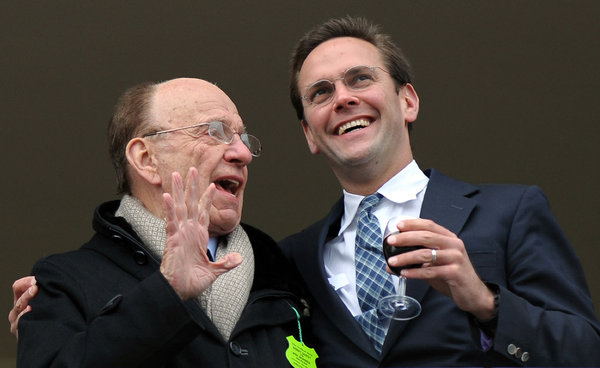 Adrian Dennis/Agence France-Presse — Getty Images
Rupert Murdoch, the chief of News Corporation, and his son James, in 2010. Both have testified before a parliamentary panel.

But there was little reflection last week by the board of News Corporation, which met quickly the day after the committee’s report and announced “its full confidence in Rupert Murdoch’s fitness and support for his continuing to lead News Corporation into the future as its chairman and C.E.O.” before the ink was even dry on the report. (While the board expressed unanimous support for Mr. Murdoch, it’s worth noting there were no such words for his son James.)

There are many reasons Rupert Murdoch has avoided any serious consequences from the scandal despite hundreds of British citizens having had their phones hacked, dozens or more being bribed in law enforcement and several dozen more of his employees having been arrested.

The market, of course, has no conscience. News Corporation’s share price has risen about 30 percent in the last nine scandal-ridden months and investors might have decided that the bad news from the print division in Britain was really good news for those who believe the company should abandon newspapers altogether.